This receiver replaced the old 1.3cm secondary focus system. However, some modes, especially for broad-band observations are still under commissioning and are not yet available!

This is a two horn system for continuum, spectroscopy and VLBI observations. The system is currently tested and all values are preliminary.
Note, that for technical reasons, no spectroscopic frequency-switch observations are possible!

Note, that due to technical reasons the LSR correction has to be applied via software (regridding). This will decrease the effective spectral resolution to some degree. 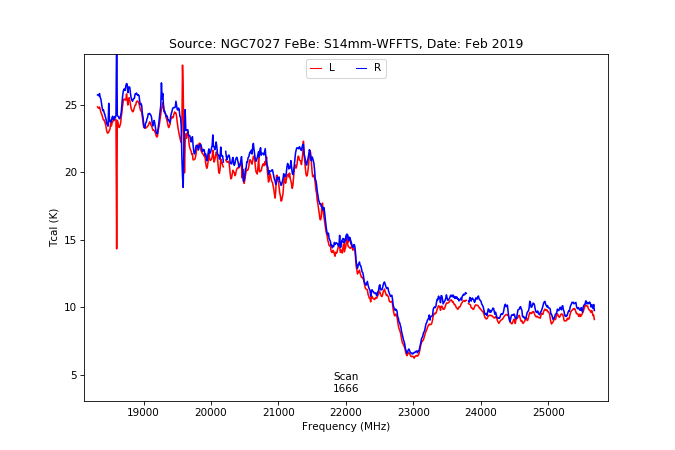 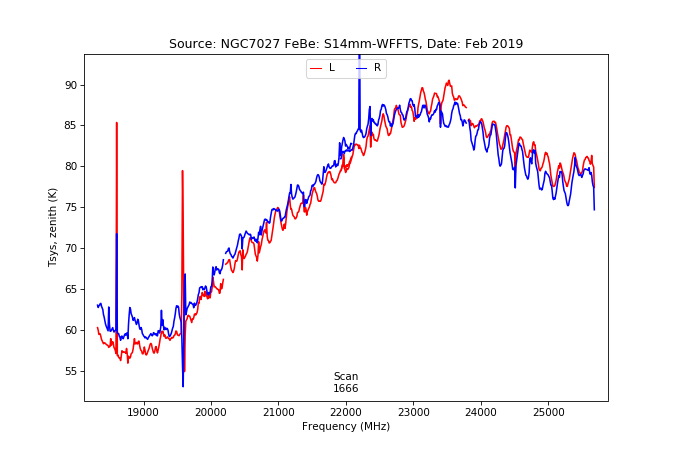 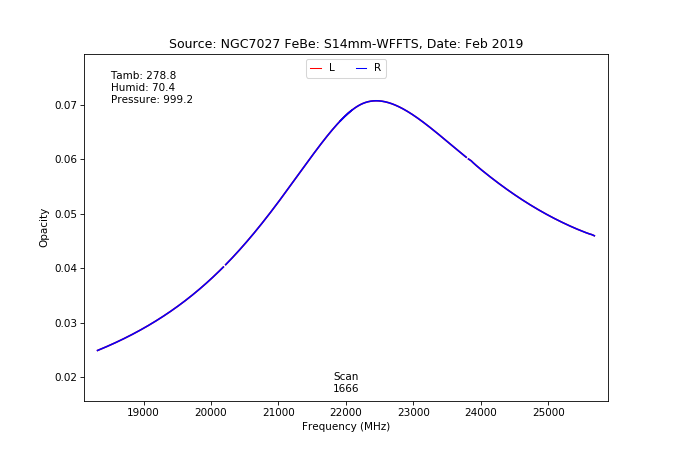 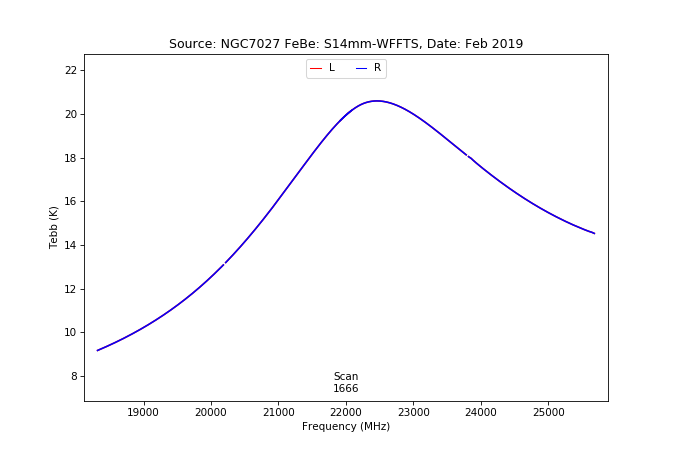 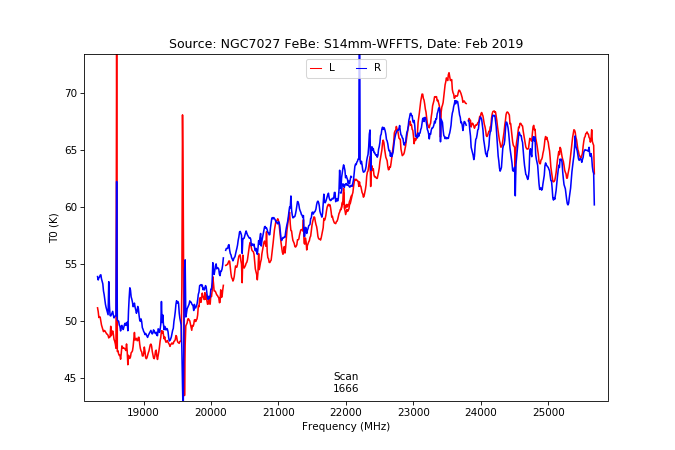 Note, that in April the Tcal was changed in the receiver. Gaps in the curves are entirely due to measurement uncertainties. T0 and Tsys were deduced from spectroscopic skydip measurements and are subject to fitting errors caused by the low signal-to-noise ratio in the spectral bins. 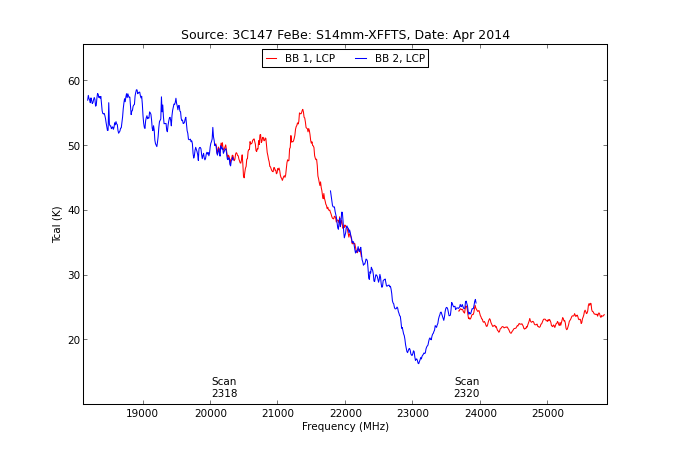 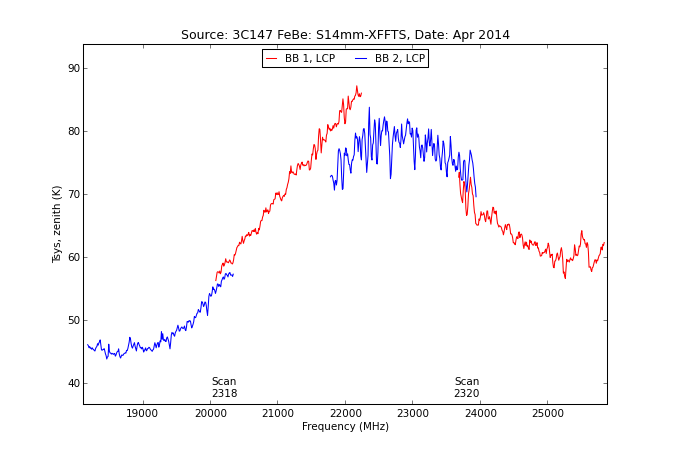 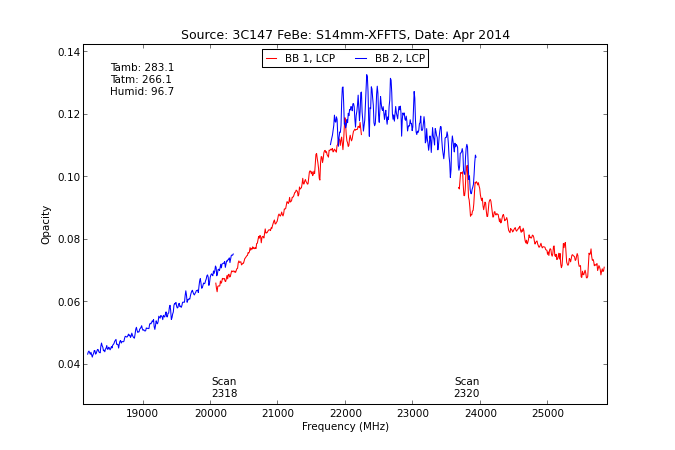 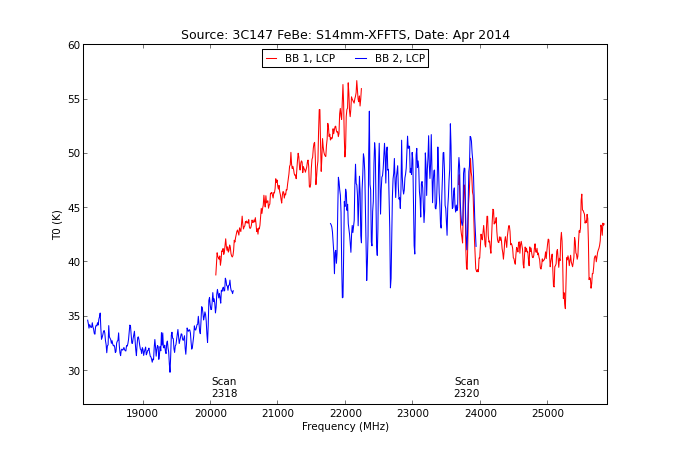 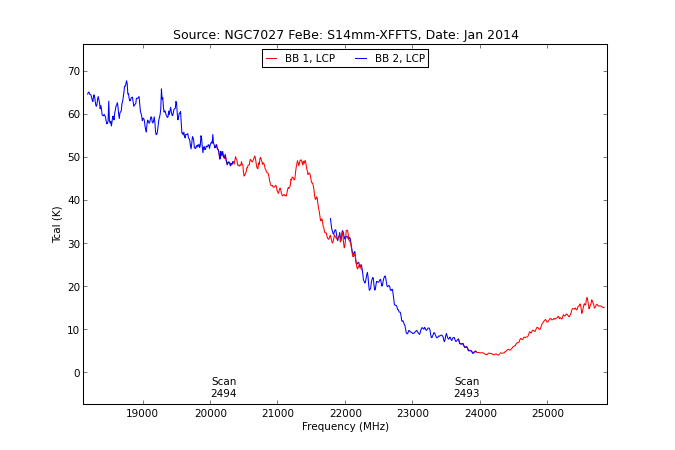 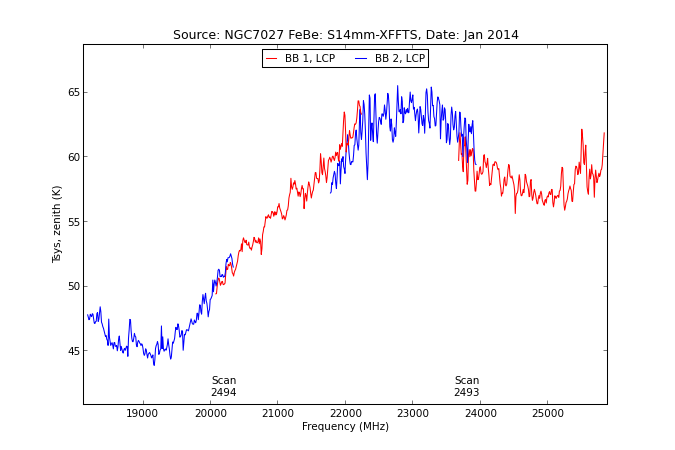 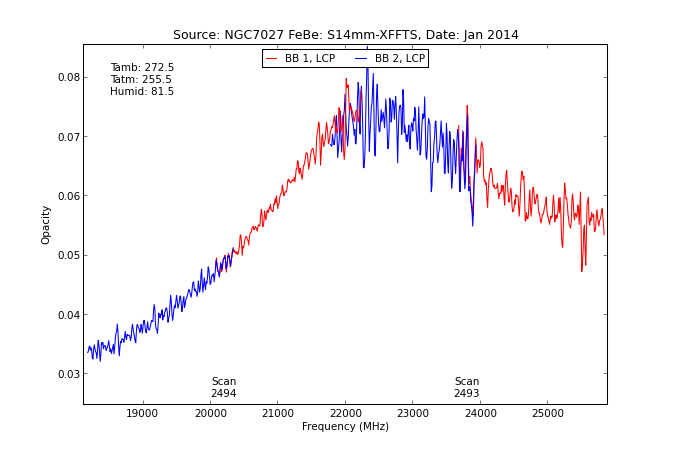 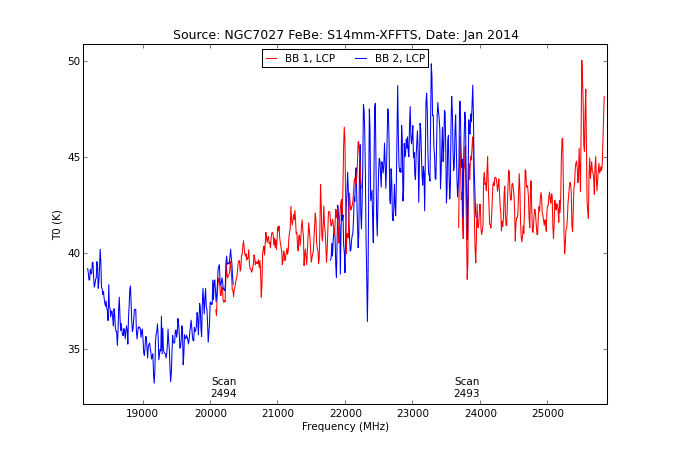 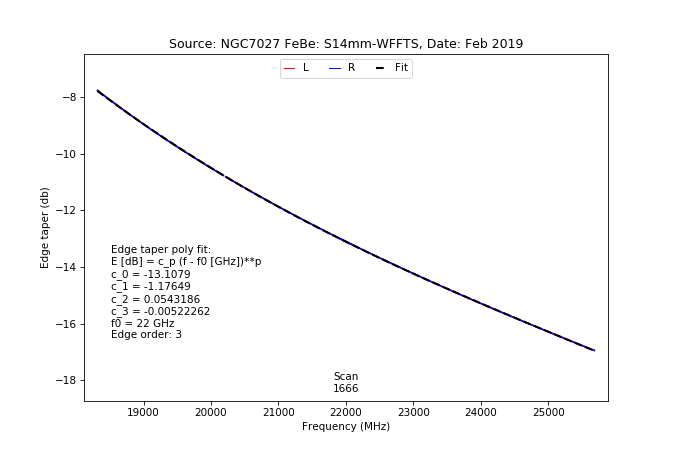 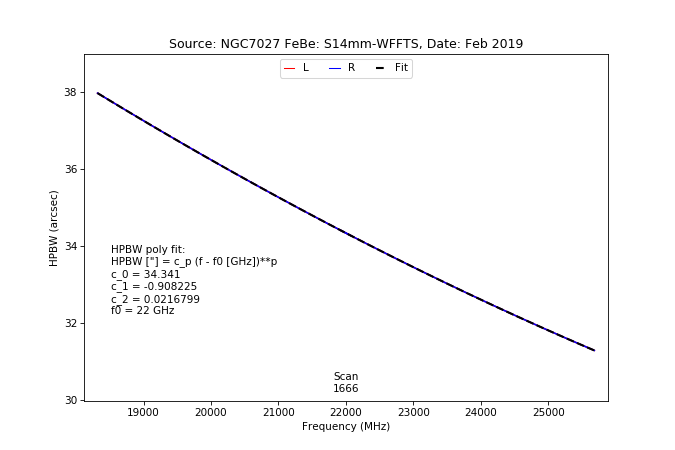 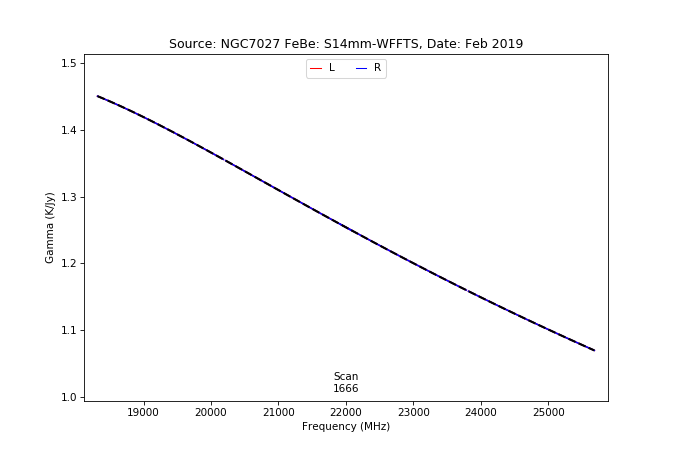 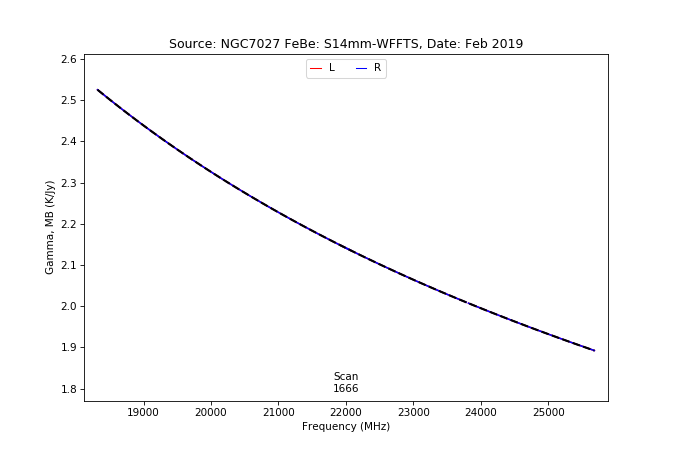 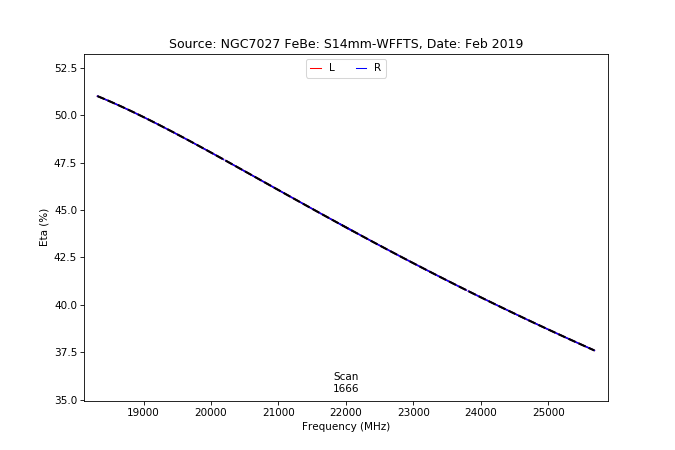 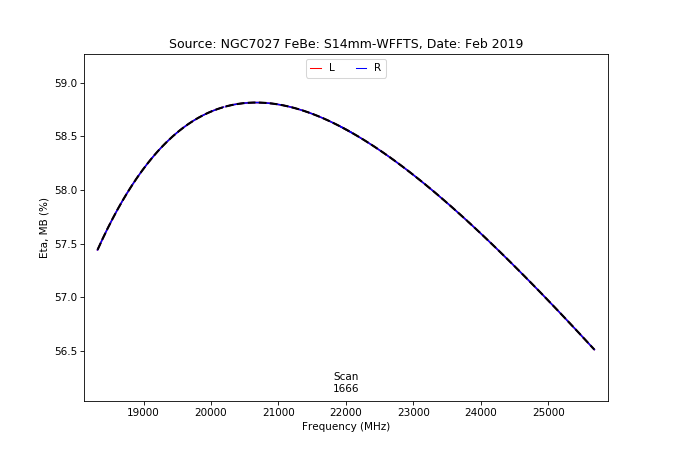