This system is used for sensitive continuum, VLBI (especially 18cm), spectroscopy, and pulsar observations. Be aware, that this band may be influenced by RFI. It can be used in combination with a multi channel polarimeter of 8x4 MHz band width, and a total 40 MHz wide channel.

Tcal as measured in November 2014 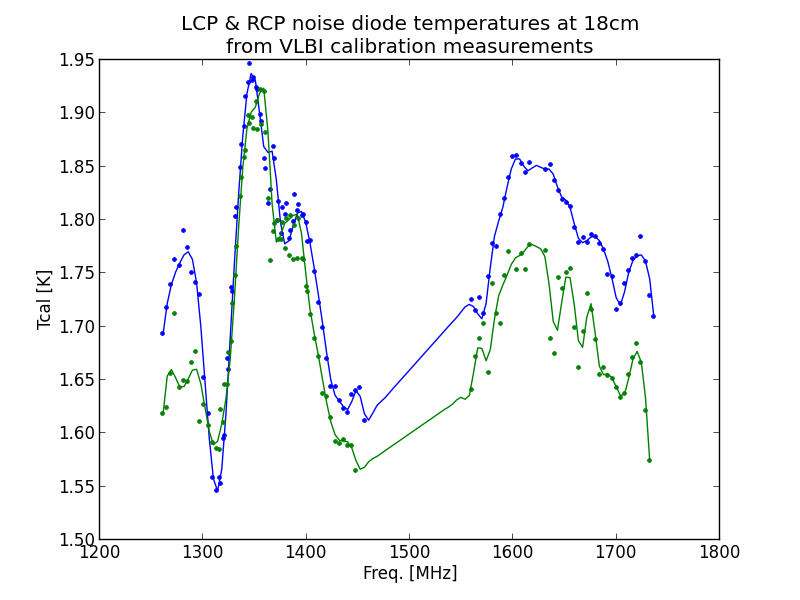 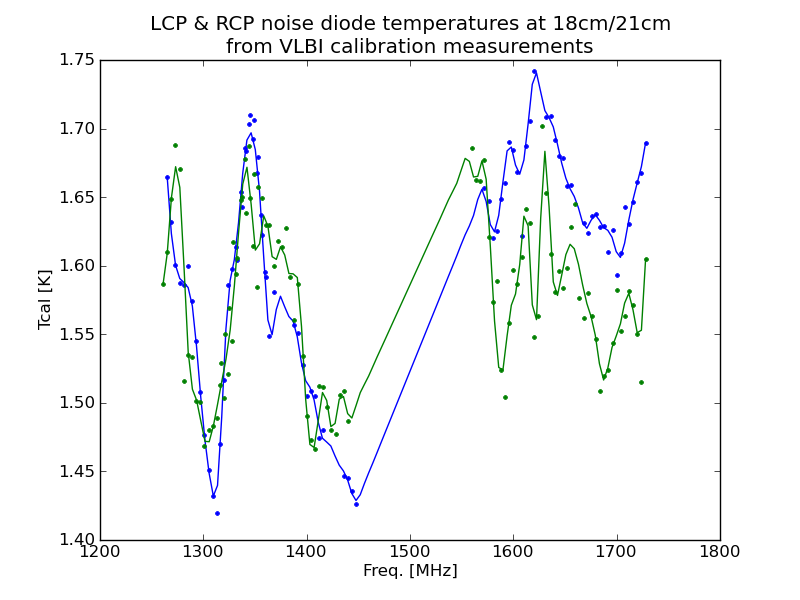 Note that although the lines continue it is not possible to observe at frequencies between 1425 MHz and 1560 MHz.